Today, the RLPO Brass Ensemble played a gig at the beautiful Bolesworth Castle, fairly near Chester. The event was organised by Investec and the National Garden Scheme for their annual garden party. Each year a different stately home is chosen for this very grand affair, where guests enjoy the surroundings and fine food, wine, etc.

It is always a joy when we meet up with Ken Dodd, either professionally or socially. This was a social occasion, as Ken was a special guest of Investec. He is often a guest of Investec when they sponsor concerts with our orchestra too. Ken came over and soon had us in stitches. It is impossible not to hurt from laughter when in his company!

“… I’ve seen a topless lady ventriloquist. No one has ever seen her lips move.” – Doddy!

Tickled as we were to spend time with the tatifilarious Ken Dodd!

Here he is, looking into Chris Morley’s horn bell and combing his hair. He then asked Chris if he was a gynaecologist (french horn joke!) by day and described his bell as a great golden toilet! Lovely Man!

“… Did you know that a laugh is something that comes out of a hole in your face? Anywhere else and you’re in dead trouble!” – Doddy!

Ken Dodd gag, “… I say Missus, what a fine day for opening the vicarage letter box, sticking a cucumber through and shouting ‘The Martians have landed!’

Another funny story about Ken I heard yesterday, was from someone who was at a wedding. Ken Dodd was also a guest. When the vicar said ‘if anyone knows any lawful impediment….’ Ken Dodd stood up and shouted ‘I’M SPARTACUS’.

Ken Dodd, “… Laughter is the greatest music in the world and audiences come to my shows to escape the cares of life. They don’t want to be embarrassed or insulted. They want to laugh and so do I – which is probably why it works.”

“… I thought it would be a good idea to go into Politics, maybe I am a little old… but you know… I’d love to be Chancellor of the Exchequer – That way I’ll be re-united with my money!” – Doddy! 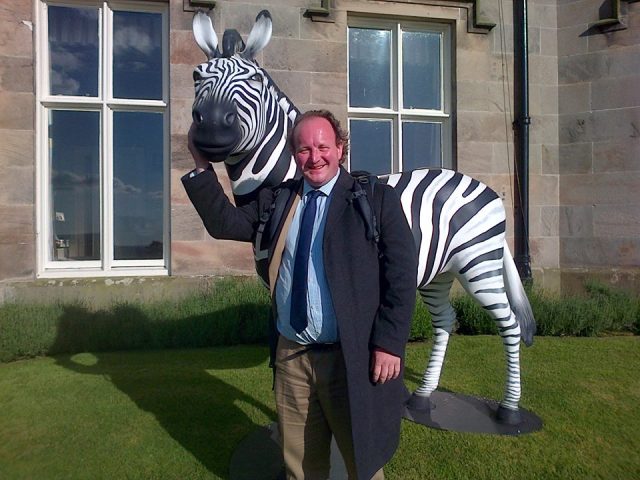 Why the long face? Neigh lad! Eeaw, eeaw, he always calls me that!!!

Of course, the RLPO Brass has a long line of celebrities turning up to our gigs and demanding to have their photograph taken with us. Oh, alright then! Just this once… 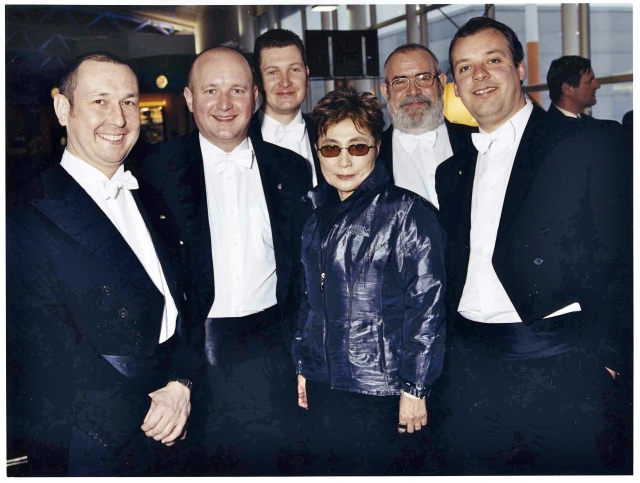 Yoko was so lovely! Needless to say, she was surrounded by all sorts of security etc. We had just named our airport after her late husband and the press wanted pictures. She refused, point blank. She stated that if they wanted pictures of her they would have them taken with the musicians… After that, the politicians trying to grab some limelight also insisted on having their pictures taken with us. We got plenty of vintage champagne and olives as a result. Small pleasures…

MORE PICS OF THE QUINTET WITH KEN DODD