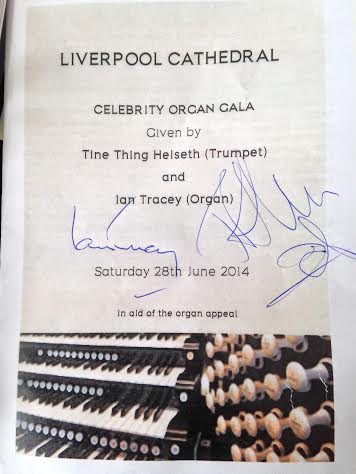 I spent an all too rare evening as a member of the audience last night. Especially as it was a trumpet concert. I would normally be attending concerts as performer these days. What an evening it was, too! Tine Thing Helseth, the ‘trumpet sensation from Norway’ and our own superstar, Ian Tracey on organ. The event was in aid of the restoration fund for the organ, of Liverpool Anglican Cathedral, the biggest in the UK actually and one of the biggest in the world. 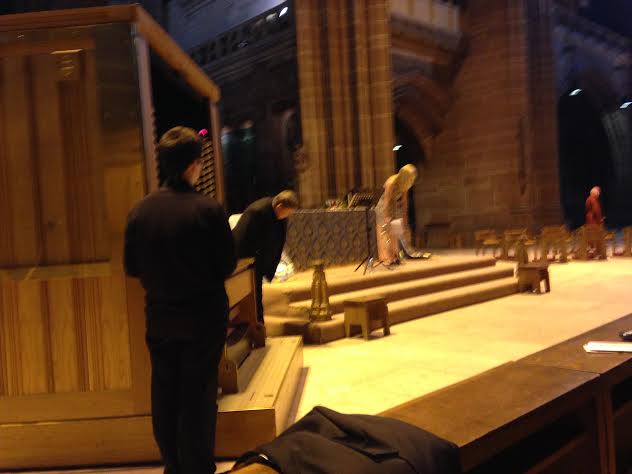 Born in Oslo, Tine began playing trumpet aged 7 and by 2011 was named ‘Superstar of Tomorrow’ by BBC Music Magazine and signed a contract with EMI Classics the same year. She has played as soloist with orchestras all over the world and has appeared with the Royal Liverpool Philharmonic Orchestra many times. She recorded her debut album, ‘Storyteller’ with the RLPO.’ Tine is the most listened to trumpeter on Youtube, I was told. 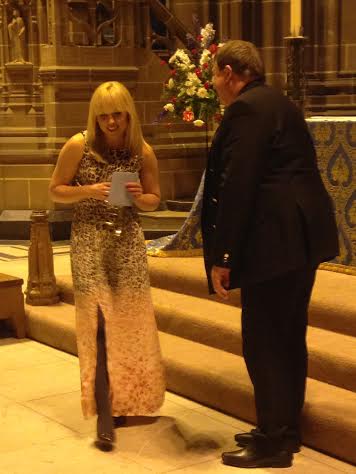 The audience were treated to an evening of popular classics, some spectacular musical pyrotechnics and a selection of some of the most beautiful melodies. Here is the first half… 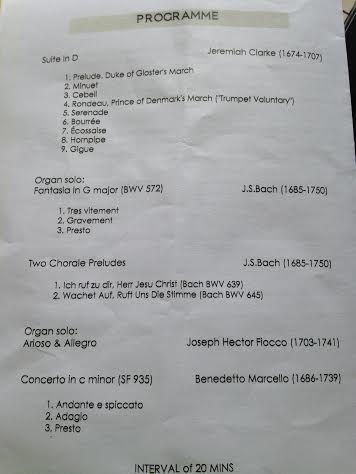 Trumpet nerds & geeks out there may be interested to know that Tine appeared to be playing a Yamaha ‘Chicago’ C trumpet and a Scherzer piccolo trumpet in B flat and A pitches. I could be wrong… 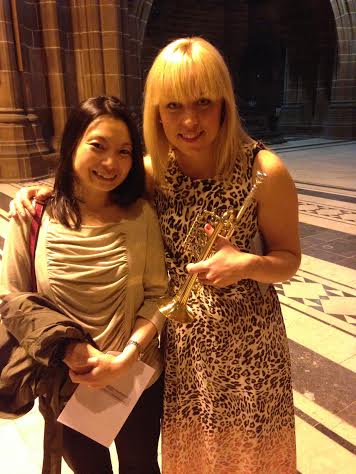 Tine with Mrs Ball – who is also a good trumpeter

TINE WORKING WITH THE RLPO

The programme was nicely weighted with the trumpet & organ spots alternating with Ian displaying his solo wares and showing us just what one of the best organs in the world is really capable of. 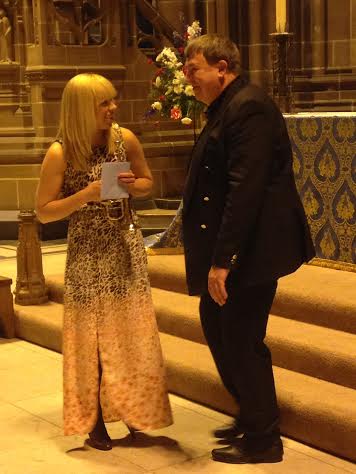 The programme is quite similar to one of the evenings Ian and myself offer. The Clarke ‘Suite’ and the selection from the Telemann ’12 Heroic Marches’ being stalwarts of our own repertoire. Presented very differently, of course! These pieces really offer the performers a chance to show their own style and virtuosity, with plenty of scope for ornamentation and extemporisation. As does the encore, the Charpentier ‘Te Deum’, a popular opener for Ian and myself. 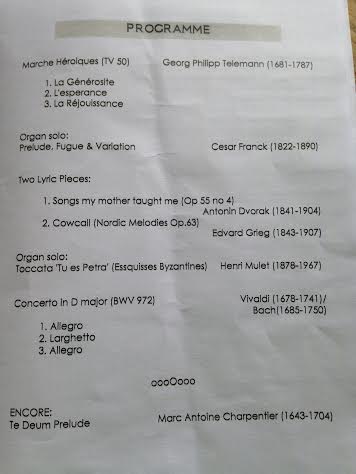 The Marcello oboe concerto in C minor has been in the trumpet repertoire for ages. I think it is probably performed more often as a trumpet piece than an oboe one these days, ever since the great Frenchman, Maurice Andre recorded this lovely work in 1980. This was the first trumpet album I ever bought, and I wore it out in my first term at Chethams School of Music in 1981. 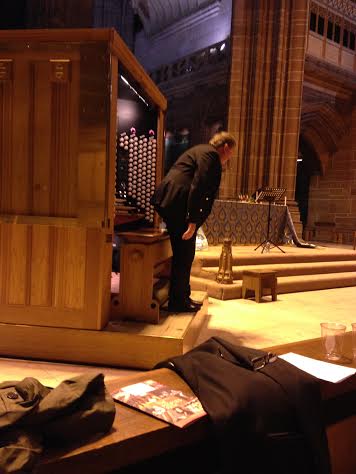 The second half gave us Tine doing what she really does best, in my view. Three lyric pieces: Songs My Mother Taught Me, Dvorak; A piece by Lindberg about a ram call (I couldn’t quite catch the title and will edit when I find out) and ‘Cowcall’ by Grieg where Tine played by walking around the audience, making full use of the magnificent cathedral acoustic. 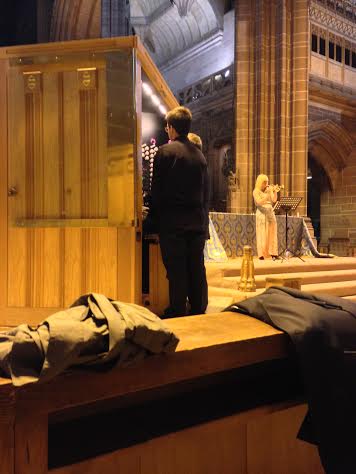 There is one more tale to tell. I was going to attend the concert anyway. Of course!!! However, the previous night I received a late message from Tine and RLPO Director of Planning Sandra Parr. After three weeks on the road she arrived in Liverpool for her rehearsal with Ian only to find that her luggage hadn’t. What a pain! Her concert clothes had gone awol but even worse, her piccolo trumpet had arrived minus leadpipes. This easily done but is a trumpeters worst nightmare to open the case and find equipment missing. Anyway, I was happy to help out by lending my own ‘pipes’ and got two front row seats for Mrs Ball and myself as a thank you from Tine and Ian.

A very enjoyable evening and a treat of a programme!