The Hammer Blow Of Fate!

The final movement of Mahler’s Sixth Symphony is punctuated by three hammer blows. Alma Mahler quotes her husband as saying that these were three mighty blows of fate befallen by the hero, “the third of which fells him like a tree”. She identified these blows with three later events in Gustav Mahler’s own life: the death of his eldest daughter Maria Anna Mahler, the diagnosis of an eventually fatal heart condition, and his forced resignation from the Vienna Opera and departure from Vienna. When he revised the work, Mahler removed the last of these three hammer strokes so that the music built to a sudden moment of still, mute pain as its third blow. Some modern performances restore the third strike of the hammer.

Anyway, Graham Johns is the Principal Percussion of the Royal Liverpool Philharmonic Orchestra but in the Summer he flies off to join the World Orchestra For Peace which is made up of leaders and principal players from the world’s greatest orchestras. This year, the WOP has been touring with the ‘tragic’ Sixth Symphony by Gustav Mahler, culminating in a performance at the packed Royal Albert Hall for a televised broadcast.

Here is Graham about to strike the Hammer Blow Of Fate, having borrowed a box of talcum powder from Tuba player, Gene Porkony of the Chicago Symphony Orchestra… 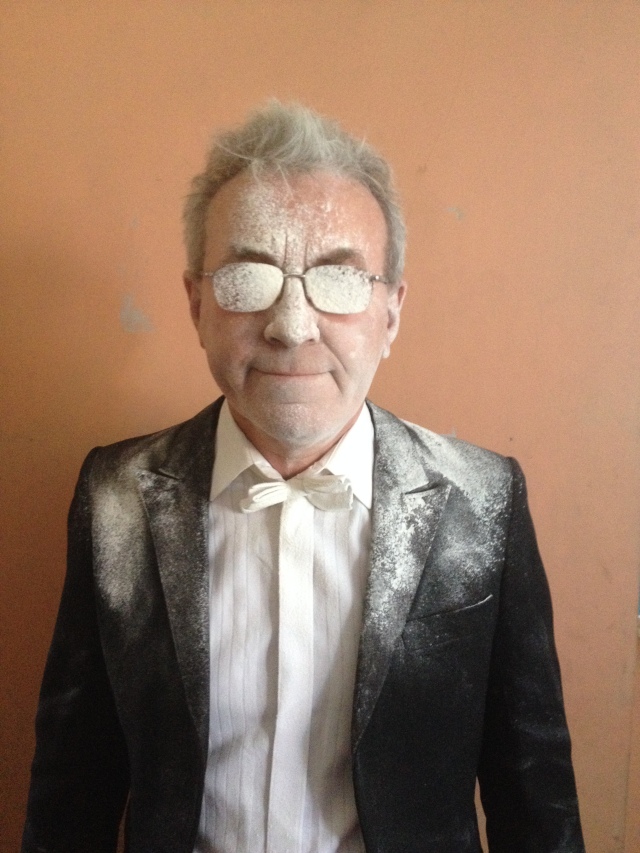 I don’t know if conductor Valery Gergiev found it as funny as me? Only time will tell!

By the way, Graham is the managing director of JAM PERCUSSION , the world’s leading importer and exporter of percussion instruments and the choice of professionals the world over for their instruments.