Liverpool Philharmonic Hall is currently closed for a major rebuilding and refurbishment programme. The Royal Liverpool Philharmonic Orchestra are therefore playing in a large variety of venues elsewhere as a result. Quite apart from playing in Dublinrecently, visiting London twice (The BBC Proms and for a Classic fm Spectacular – both at the Royal Albert Hall), Malvern, Perth  and two performances at the Cardiff Proms, we are busier than ever. As it happens, the RLPO often tours internationally at this time of year. This year we are off to China to visit six major cities along the East Coast of that huge country. 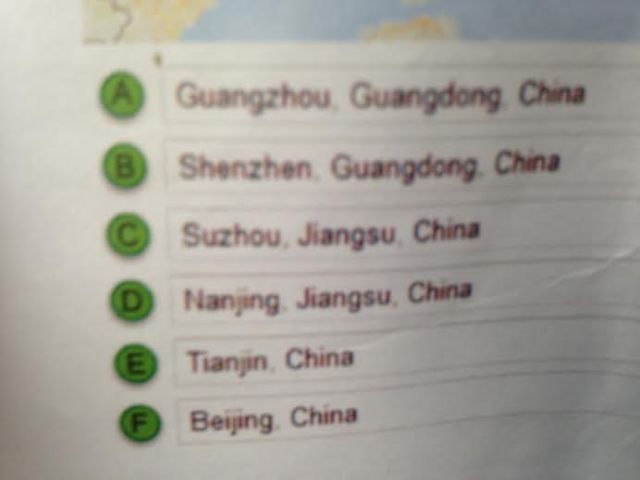 The orchestra is, of course, no stranger to China, having recently visited in 2010. That year saw us play at the World Expo, plus three other concerts in Shanghai and two further performances in Beijing. The performance at the World Expo was of particular relevance for us as Liverpool was represented there, and the RLPO performed one performance in that pavilion, with The Scaffold, Six Toys and Orchestral Manoeuvres In The Dark. 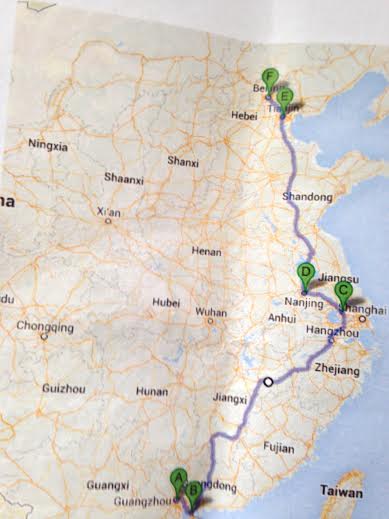 This time the shape of the tour was very different. The tour would still be culminating in Beijing, with two performances. Not at the Forbidden City Concert Hall but at the National Centre for the Performing Arts. We would also be giving a performance in the relatively nearby city of Tianjin, at the Grand Theatre. Our tour would begin with a free day in Guangzhou; a performance that would be the opening concert of the brand new, state-of-the-art Orange Hall in Shenzen and then a concert in the famous Guangzhou Xinghai Concert Hall on the third day. In between the Beijing and Guangzhou legs we would be giving concerts in Suzhou and Nanjing. 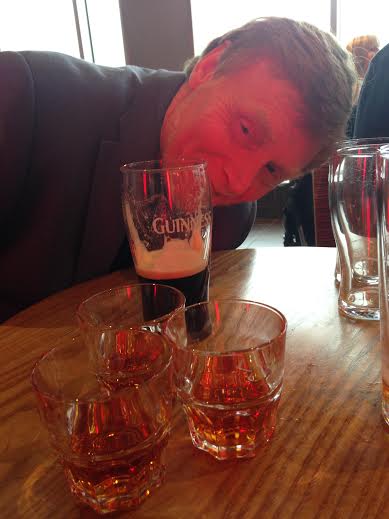 Senior member of RLPO first violins, John Hebbron, pretending that all these belong to him – the wait at Manchester Airport

The concert in Nanjing would be in the spectacular, new Qing’ao Grand Theatre. The orchestra would also be have the honour of performing the inaugural performance in that venue. All performances on the tour would be conducted by hardworking RLPO Chief Conductor Vasily Petrenko. 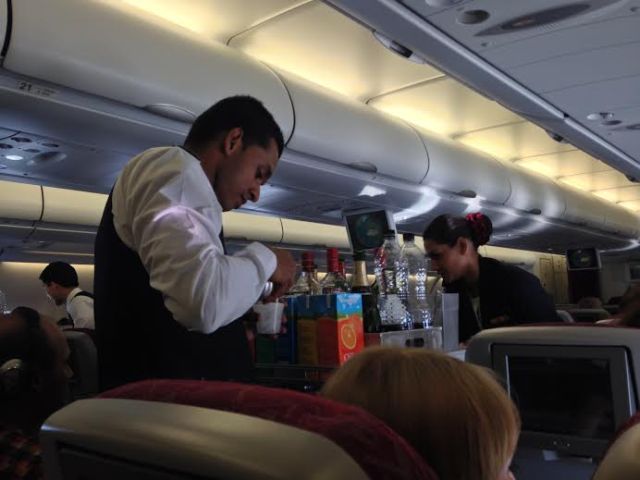 The marvellous hospitality on board Qatar Airlines

On this tour, the RLPO would be offering two programmes. Programme A comprised of: Tchaikovsky, Cappriccio Italien; the Glazounov Violin Concerto (played by Ning Feng); Wagner, Tannhauser Overture/ this work would be replaced by the new Percussion Concerto by Stuart Copeland in Beijing (performed by our own spectacular team of Graham Johns, Henry Baldwin, Adrian Spillett and Neil Hitt): and the Symphonic Dances by Rachmaninov. 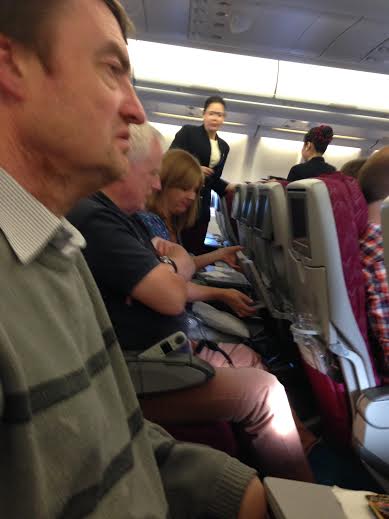 RLPO first violin, David Whitehead on board the flight to China; with violas Richard Wallace and Sarah Hill alongside.

Right then! That is the gist of what was happening. Let’s see how we got on… 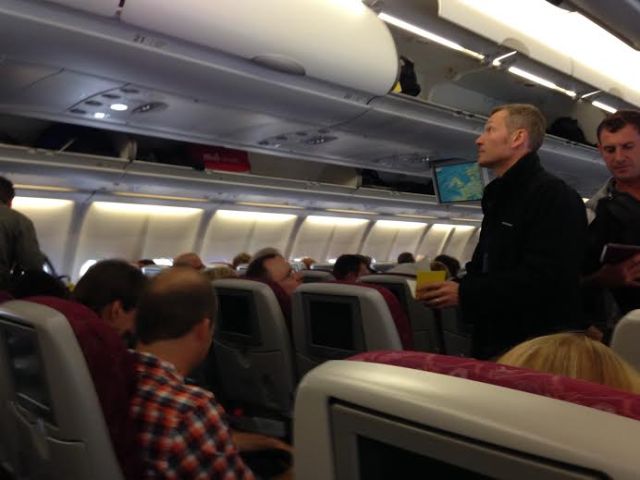 Firstly, let me apologise for the tardiness of these tour blogs. The internet in China was so poor it was impossible to blog, so these recollections are written in retrospect, after arriving home. There was also no Facebook or Twitter and emailing with any attachments was nigh on impossible.

Those who follow the blog on both a regular basis and those who visit frequently will perhaps know that I don’t like flying. Anyway, this trip would involve getting to China and back to the UK. Two very long journeys. Our instruments and clothes departed for China on Tues 23rd September, immediately after our London Concert at the Royal Albert Hall for Classic fm. 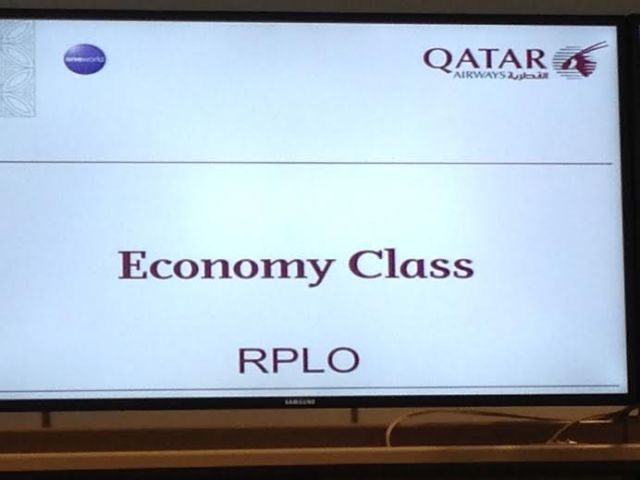 Because we had no instruments etc in the UK , Weds 24th September would be a free day back in Liverpool. A chance for everyone to properly say goodbye to spouses, partners, kids, pets etc for a fortnight. The RLPO departed The Friary, our Liverpool rehearsal/recording premises, by coach to Manchester Airport at 10.15. We arrived at Doha Airport in Qatar at 23.45 local time, going straight to the boarding gate for the next flight which arrived in Guangzhou at 15.10 local time (7 hours ahead) to be taken to the Donlord International Hotel, arriving at 18.30. 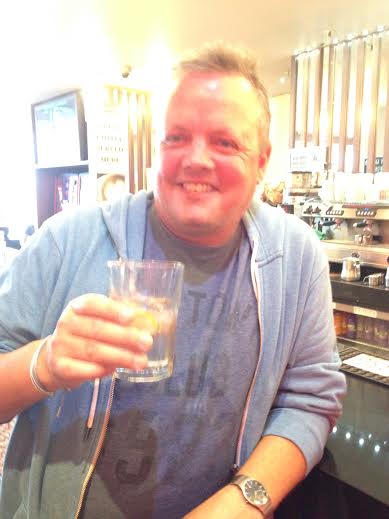 Transferred across from the Halle Orchestra  on the Bosman Ruling, especially for the tour, Julian Mottram will be joining the RLPO on this occasion to play Associate Principal viola

Unlike the experience the RLPO underwent getting to Dublin…

… everthing went very smoothly. On the way to Ireland the travel arrangements went completely awry and we only just made the National Concert Hall in Dublin for the start of the concert! 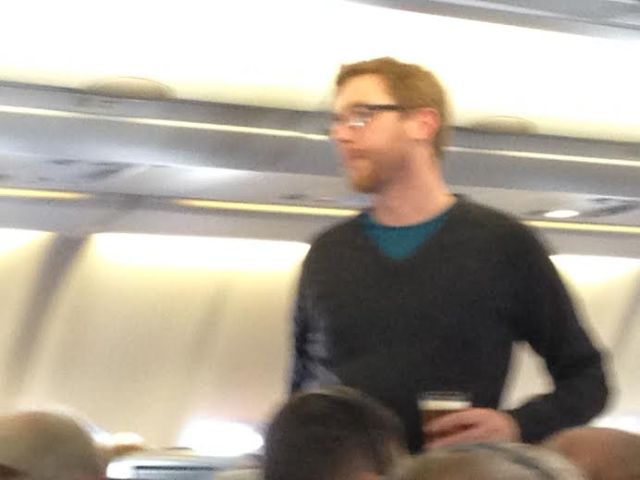 On arrival at the hotel Donlord, the orchestra found it had the evening free to explore the local area, go into the heart of the city, try the food and see what there was to see. Guangzhou is known as the ‘Food Capital’ of China. 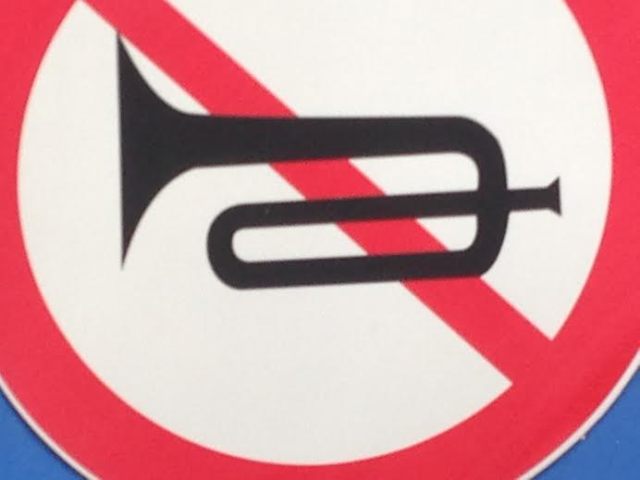 A common street sign in China – What kind of a chance does that give me?!

The next day and evening was also free as we were not required to travel to Shenzen until the next morning. For an orchestra on international touring duties, this free time is such an unusual luxury. Quite often, we arrive, perform and leave on the same day (known within the trade as a commando raid!), if the schedule can allow, so the chance to get over jet lag and ‘stretch our legs’ is a great one. 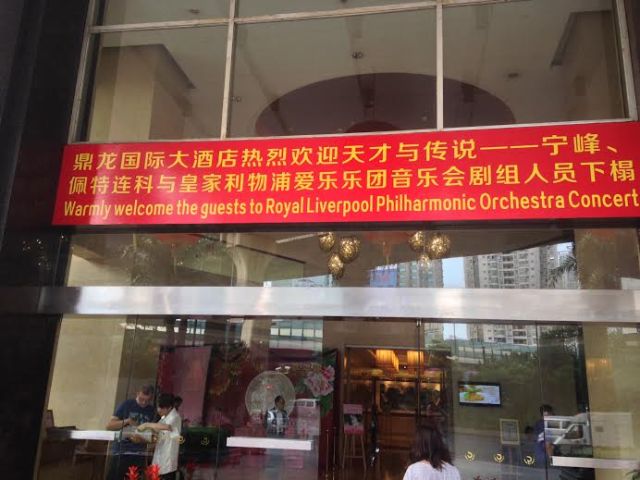 A Warm Welcome In Guangzhou from The Hotel Donlord International

This is a little about the city, mainly from Wikipedia… Guangzhou used to be known as Canton, here in the UK. It is the capital and largest city of Guangdong province in South China. Located on the Pearl River, about 120 km (75 mi) north-northwest of Hong Kong and north-northeast of Macau, Guangzhou is a key national transportation hub and trading port.[6] One of the five National Central Cities,[7] it holds sub-provincial administrative status.[8]Guangzhou is the third largest Chinese city and the largest city in South Central China. As of the 2010 census, the city’s administrative area had a population of 12.78 million. It is famous as an historic trading port. Known as the South Gate of China, amongst the many things to see include the Pearl River (the third largest in China) and the Canton Tower. 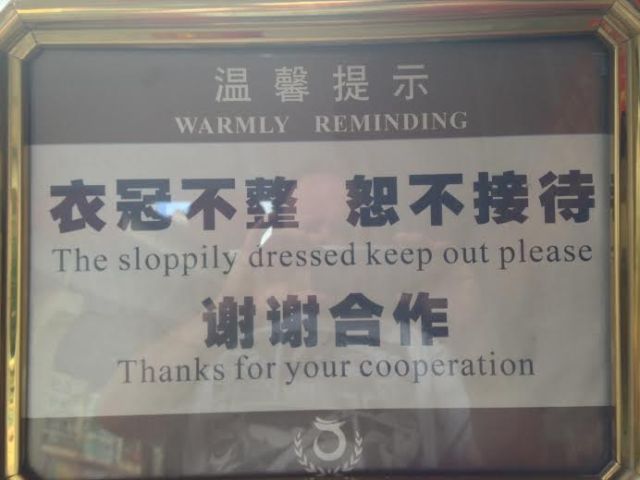 It was comforting to know our hotel had standards!

Guangzhou is currently much warmer than we are used to in the UK and quite a humid city. It seems barely necessary to wear more than a t-shirt and shorts. It is absolutely teeming with bustling life. The roads are busy, with people going in all sorts of directions, riding carts, tricycles, electric bikes, motorised trollies, cars, trucks and buses. Anything seems to go and drivers seem to cause little problem travelling on the wrong side of the road etc. The pavements and roadside terraces are crammed with street food vendors and little bars. The populace seem to race to get on the streets in the evening to soak up the ambience, dine in the open air, have a few beers and simply mingle – enjoying themselves immensely. 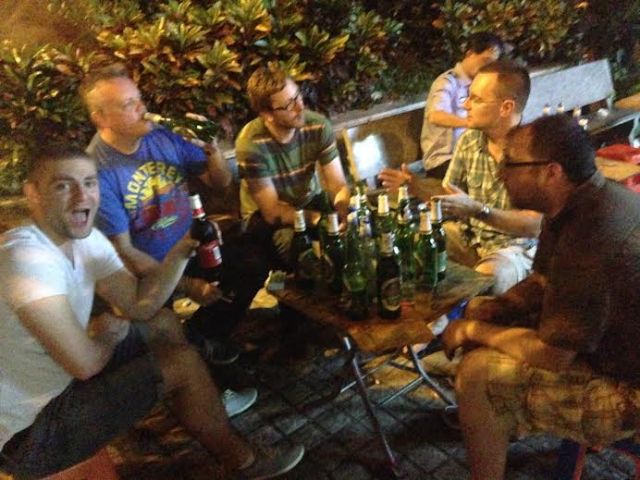 RLPO players enjoying a rare night off on tour

It was a pleasure for the orchestra members to try the little bars, restaurants etc. The variety of food was enormous and the quality good. 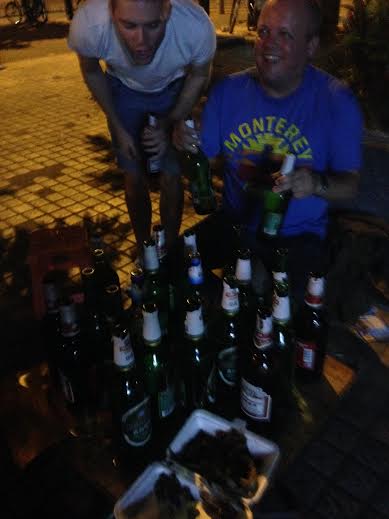 Jools Mottram enjoying his break from The Halle orchestra

All the vendors were friendly, courteous and eager to make our visit as enjoyable as possible. 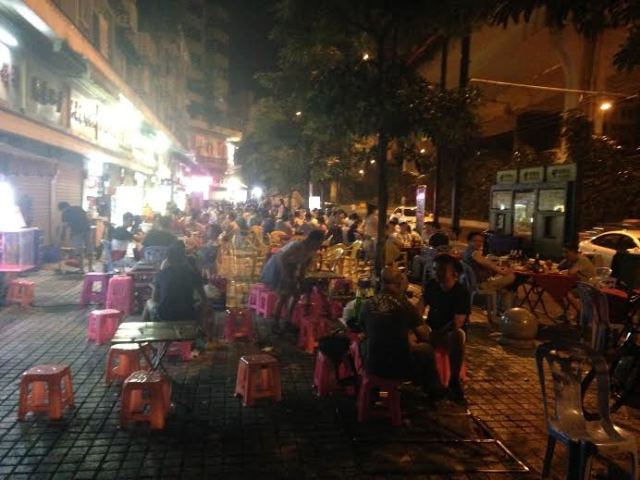 We stayed in Guangzhou for three nights, including after the day to Shenzen and many of the proprietors and workers got to recognise and know some of us personally. 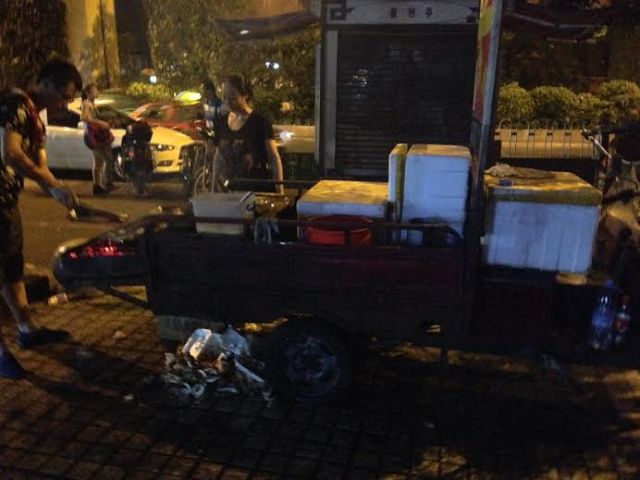 Even down to what food choices we were going to make. 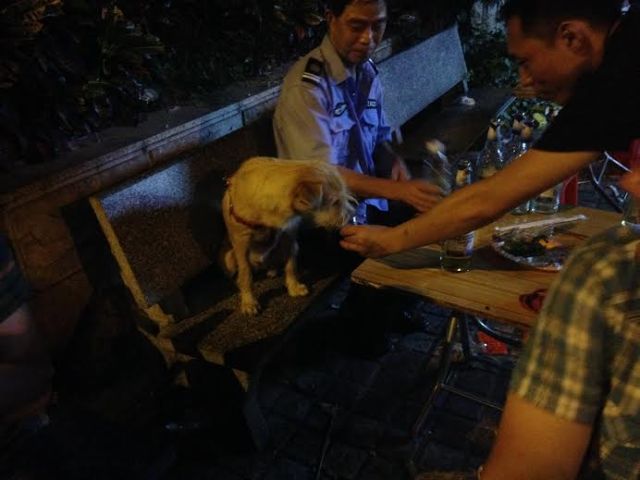 Everyone deserves a drop of beer around here!

The free day was sightseeing for many. Some just needed a lie in because of jet lag etc. There were shrines to see and many things to visit and try.

The spectacular Canton tower was a destination for many. 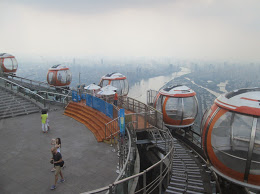 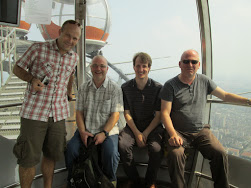 At the top it has a little roller coaster ride which was apparently good fun. 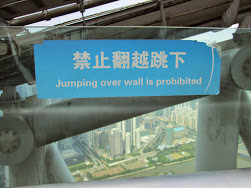 A few necessary rules at the top of the tower 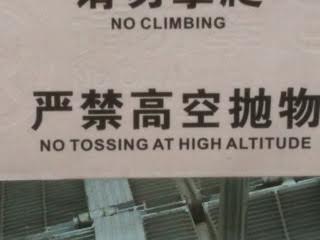 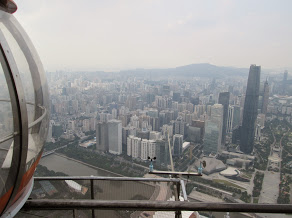 View from the top of the Canton Tower

The French Horn section went up there and braved it. Personally, I enjoyed a good lie in: after breakfast, of course. I preferred to just have a leisurely walk around the local area for a few miles to have a look around. 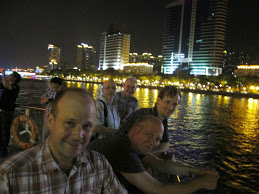 RLPO members on a boat ride on the Pearl River

The Pearl River is a big wide thing which offers great views and regular river rides to enjoy the sights. Several took advantage of this. 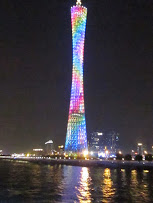 View of the Canton Tower from a river boat at night

Next Blog – The Break’s Over and the RLPO Get Down To Business in Shenzen and Guangzhou! 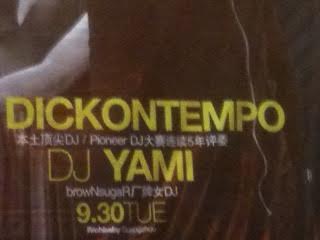